A pair of males are facing charges after separate overnight incidents in Midland.

Just after 9:00p.m. on January 30, 2023 and officer noticed a vehicle being operated in a suspicious manner on William Street in the Town of Midland. The vehicle was stopped on Bayshore Drive and the officer had a conversation with the driver. The officer gathered grounds to believe that there was a controlled substance in the vehicle and the driver was placed under arrest. During a search of the vehicle and the driver, a quantity of suspected Fentanyl and a prohibited knife were located and seized.

As a result of this investigation, Martin SAUER, 48 years of Grimsby, ON faces the following charges contrary to the Controlled Drugs and Substances Act and the Criminal Code:

Possession of a Schedule 1 Substance – Opioid

Possession of a Prohibited or Restricted Weapon at Unauthorized Place

The accused was released on an Undertaking to appear before the Ontario Court of Justice in Midland on March 9, 2023

At around 11:30p.m. on January 30, 2023, a call was received by police regarding a suspicious male who was entering cars on Hannah Street in Midland. Police patrolled the area and observed the suspect who fled on foot. Police followed the footprints to a residence on Queen Street and arrested the suspect who was also wanted on outstanding charges. During a search, a quantity of suspected crack cocaine was located and seized

As a result of this investigation, Brandon HAMILTON, 26 years old of Midland was charged with the following offence contrary to the Controlled Drugs and Substances Act:

Possession of a Schedule 1 Substance

The accused was released on an Undertaking to appear before the Ontario Court of Justice in Midland on March 16, 2023

Officers from the Southern Georgian Bay OPP Detachment and staff of the Mid Ontario Snowmobile Clubs (MOST) remind snowmobilers that just because winter returned late this week, the trails may not be open nor may the ice be anywhere near seasonal conditions.

A few routes have been opened in the North Simcoe area but, the majority of OFSC trails are still currently unavailable and snowmobilers need to stay off all OFSC trails except those that are open. Check for trail status updates on the OFSC Interactive Trail Guide when planning your ride and fishing enthusiasts may wish to view the Ontario Federation of Anglers and Hunters (OFAH) website. Those who ride on closed trails face possible fines and risk not having insurance coverage should an incident occur.

If you have to travel out onto an ice surface, always remember that “No Ice Is Safe Ice” and you need to be aware of current & past weather conditions, recent commercial ice breaking activity along with checking with area residents who have “local knowledge of ice conditions”. The following web sites are a must see for those who travel on ice surfaces- Cold Water Boot Camp along with https://twitter.com/OPP_News/status/1342817627077488641 .

Lastly, booze and drugs never mix with snowmobiling and impairing one’s judgement while riding on newly opened trails and/or unknown and dangerous ice conditions is only a recipe for a tragedy to happen #Never Ends Well!

If you have to travel out onto an ice surface always remember that “No Ice Is Safe Ice” and you need to be aware of current, past weather conditions and recent commercial ice breaking activity along with checking with area residents who have “local knowledge of ice conditions”. The following web sites are a must see for those who travel on ice surfaces- Cold Water Boot Camp along with https://twitter.com/OPP_News/status/1342817627077488641

Two Snowmobiles Fall Through the Ice in Six Mile Lake

Two snowmobiles have broken through the ice of Six Mile Lake near O’Leary’s Island leaving the operators in the water. On January 22, 2023 at 10:45 a.m. a cottager who observed two parties in distress contacted the Ontario Provincial Police (OPP) Communication Centre to report the incident. Members of the Southern Georgian Bay detachment of the OPP, OPP Aviation Services, Georgian Bay Fire Department, Simcoe County and Muskoka Region Paramedics attended the scene to take over rescue attempts from local residents who were trying to assist the snowmobilers.

One male was removed from the cold water and was transported to a local hospital.

On January 23, 2023 at approximately 2:35 p.m. members of Ontario Provincial Police Underwater Search and Recovery Unit with assistance from the Georgian Bay Township Fire Service located and recovered the body of the lone outstanding snowmobiler.

The deceased has been identified as a 59 year male of Scarborough and the injured operator as a 58 year old male of Toronto who remains in hospital being treated for injuries sustained in the incident.

The investigation is continuing.

OPP ARREST 4 IMPAIRED DRIVERS WITHIN ONLY HOURS OF EACHOTHER

Members of the Huronia West Detachment of the Ontario Provincial Police (OPP) arrested 4 impaired drivers over the span of eight hours during a nightshift this past weekend.

At approximately 6:00 p.m., police were made aware of a traffic complaint in Wasaga Beach involving numerous complainants reporting erratic driving, along with the suspect vehicle making contact with a shed on private property. The driver was located and arrested without incident.

As a result, Michael GORSKI, 62-years-old, of Wasaga Beach, has been charged with the following:

Later that night at approximately 10:00 p.m., two RIDE checks were set up within the detachment area (Springwater Twp and Clearview Twp). Almost simultaneously, officers noted signs of alcohol use from drivers at both locations where arrests were then made.

As a result, Ryan HERN, 40-years-old, of Duntroon, & Lisa PINKERTON, 36-years-old, of Barrie have been charged with the following:

During the same shift at approximately 2:30 a.m., an officer was conducting traffic enforcement on County Road 27 within Springwater Township where a vehicle was stopped for a violation. During interaction with the driver police detected signs of alcohol use. After failing a roadside test, the driver was subsequently arrested.

As a result, Tayjai LYTLE-BROWN, 21-years-old, of Kirkfield, has been charged with the following:

Along with the criminal charges and future court appearances, all drivers received 90-day licence suspensions, 7-day vehicle impoundments, and potential upcoming jail time for their decisions.

Officers from the Southern Georgian Bay Detachment of the Ontario Provincial Police (OPP) are searching in the Tay Township area for a missing 15 year old female after she was reported missing to police at approximately 10:15 p.m. January 20, 2023.

Harley DEHANN was last seen leaving a Sandhill Road residence and is believed to have possibly been picked up by a southbound vehicle on Highway 400 near Vasey Road near 10:00 p.m.

The missing youth has been located safe near the noon hour in Rama. Investigators wish to thank those community members and media partners who assisted in this search.

Members of the Huronia West Detachment of the Ontario Provincial Police (OPP) have made an arrest after numerous vehicles were entered throughout the month of January 2023.

During the month, police received multiple calls for service over the span of two weeks involving vehicles being entered overnight. Various items had been taken such as cash, personal belongings, and identification.

After extensive follow up and completing a thorough investigation, a suspect was identified, arrested, and charged for numerous criminal offences.

As a result, Corey ZABINSKY, 31-years-old, of Wasaga Beach, has been charged with the following:

The accused is scheduled to appear before the Ontario Court of Justice in Collingwood, on February 28, 2023.

FATAL COLLISION IN THE BLUE MOUNTAINS

Officers from the Collingwood and The Blue Mountains Detachment of the Ontario Provincial Police (OPP) are continuing their investigation into a fatal single motor vehicle collision that took place early last Thursday morning in The Blue Mountains.

On January 26, 2023, sometime before 5:55 a.m., a grey-coloured Mitsubishi Outlander sport utility vehicle (SUV) was travelling northbound on Arrowhead Road just south of Highway 26 when it left the roadway and continued down an embankment, where it came to a stop and caught fire.

The lone occupant was found deceased in the vehicle at scene.

Views From The Cottage by Melanie... 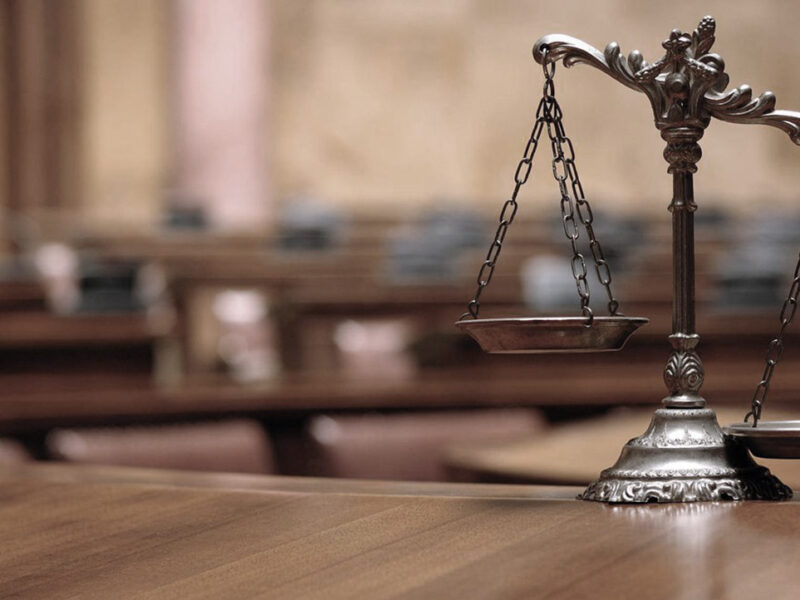